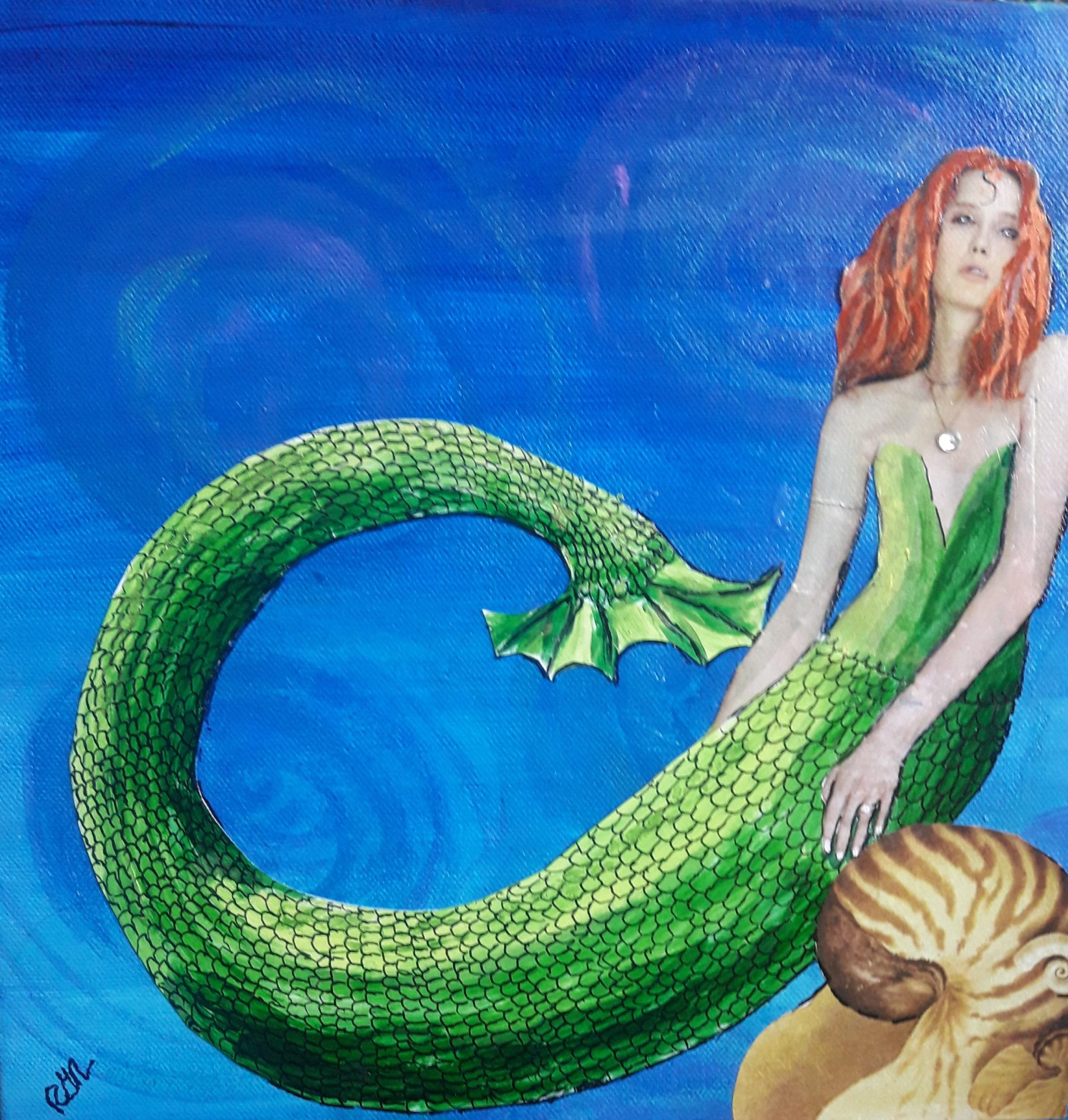 The Nautilus is a sea creature of the deep ocean.  The shell is lined with mother-of-pearl that grows larger and larger chambers. These chambers are arranged in a logarithmic spiral.  It has over the centuries become a symbol of expansion and new life.

Much has been made of the Nautilus in literature including the futuristic submarine”Nautilus” in “20,000 Leagues Under the Sea” by Jules Verne has written in 1870. Fantastic features of the sub include previously unknown inventions such as electricity and the machine to convert salt water to fresh drinking water!

This piece entitled ”Nautilus”, 12” x 12“ speaks to the mysteries and untold beauty of the deep. The mermaid and the nautilus shell promise regeneration and new life in their spectacular watery world.

New In the Studio